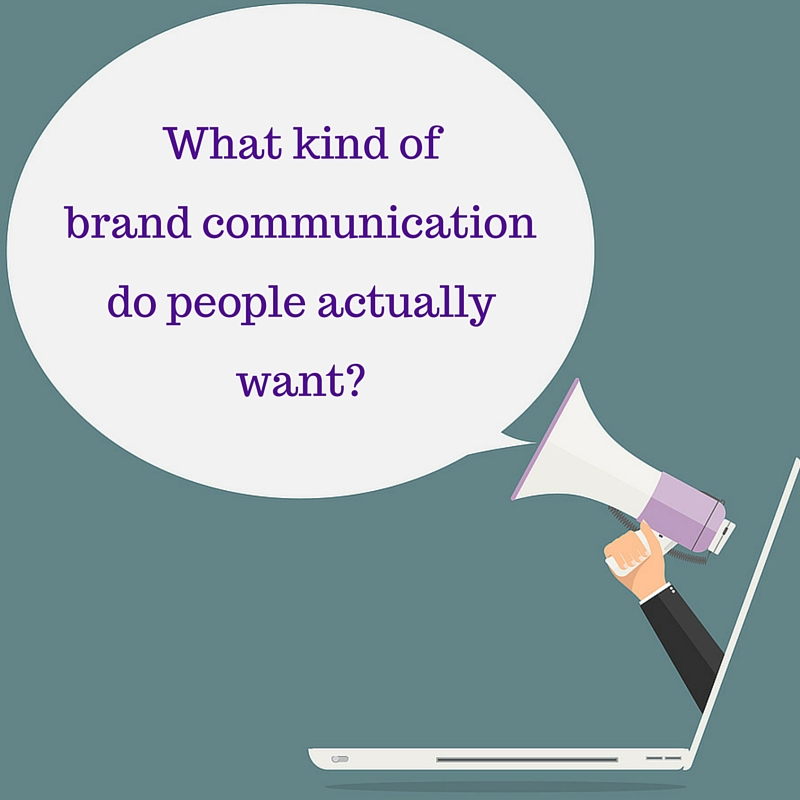 When does an ad stop being an ad?

May 19th, 2016 Posted by Emergent brand marketing, Uncategorized 0 comments on “When does an ad stop being an ad?”

The New York Times recently ran a bellwether story about shifts in media consumption and related changes in advertising that begs the relevance question, should ads look like things people actually want to read or watch?

Can an ad be part of a “symbiotic relationship with consumers rather than a disruptive (unwanted) invader?” Meanwhile, Interpublic agency Magna Global announced that for the first time in media history this year, digital channels should surpass TV in gross revenue as the largest ad medium.

Digital sits within a self-directed content world – people go to the Internet to get informed, entertained and to buy things on their terms. And it is not necessarily hospitable territory for uninvited interruption. You already know about the online explosion of various disruptive ad formats like pre-rolls and pop-ups that spawned the ad blocker phenomenon.

At the same time Saturday Night Live (though experiencing an election year ratings uptick has been losing some of its audience grip) says it is reducing ad spot inventory by 30 percent in an effort to dial down interruption and increase more airtime for sketches. While doing so, they’ve also invited advertisers to co-create product integrations into the comedy. Separately, Hulu steps up to say brands can participate inside the content of several shows it produces including Casual and The Mindy Project – perhaps similar to product placement of yesteryear.

Perhaps the more important question to be asked here is, what kind of brand communication do people actually want? And thus, should an ad attempt to masquerade as informative, useful content?

Which leads you to another provocative question: do marketers ultimately believe that only direct, specific, feature-focused selling will result in a sale?

Content marketing is (should be) based on relevant, useful, valuable information, articles, videos, reviews, reports et al. – which the consumer actually seeks out. It is founded on building an honest relationship around reciprocity and value creation.

If marketers choose to view customer relationships as strictly transactional, then people are prospects merely to be sold. In a more meaningful relationship paradigm, the brand operates less selfishly as an enabler of lifestyle aspirations and earns its way into a dialogue.

The tone and character of communication is different and thus invited and opted in. There’s no masquerading or double-dealing. So, if the world is saying stop interrupting my online experience with selling messages, should advertisers move to less invasive forms of interaction?

But how do you interject honesty into that effort so communication feels more like informing than attempting to persuade?

When brands get involved in programming content like SNL or The Mindy Project, it gets tricky. Crass commercial highjack is a thing that can derail both brand and entertainment property.

The important point here is how relationships between brands and consumers are constructed at a time when consumers hold all the cards to engagement. I, for one, am excited to see this shift emerge as it is founded on building the fabric of deeper meaning between brand and user.

To the extent this strategy is successful, it transcends the commoditized approach based on recipe, ingredients, science and other forms of tech that can be replicated and matched brand-to-brand. Building meaning into the equation reaches into a more emotional, trustworthy connection that helps resist the corrosion of formula parity and pricing competition.

Ironically, this is happening while conventional media ad platforms are dissipating right and left – and the ability to disrupt and interrupt is narrowing.

Why not unplug from the straight sell, sell, sell approach and opt for the relationship model? Doing so will take content marketing and engagement to a whole other level. Yes, it will require some faith, but know that trust sits at the center of any relationship now and so trust creation tactics are indeed paramount.